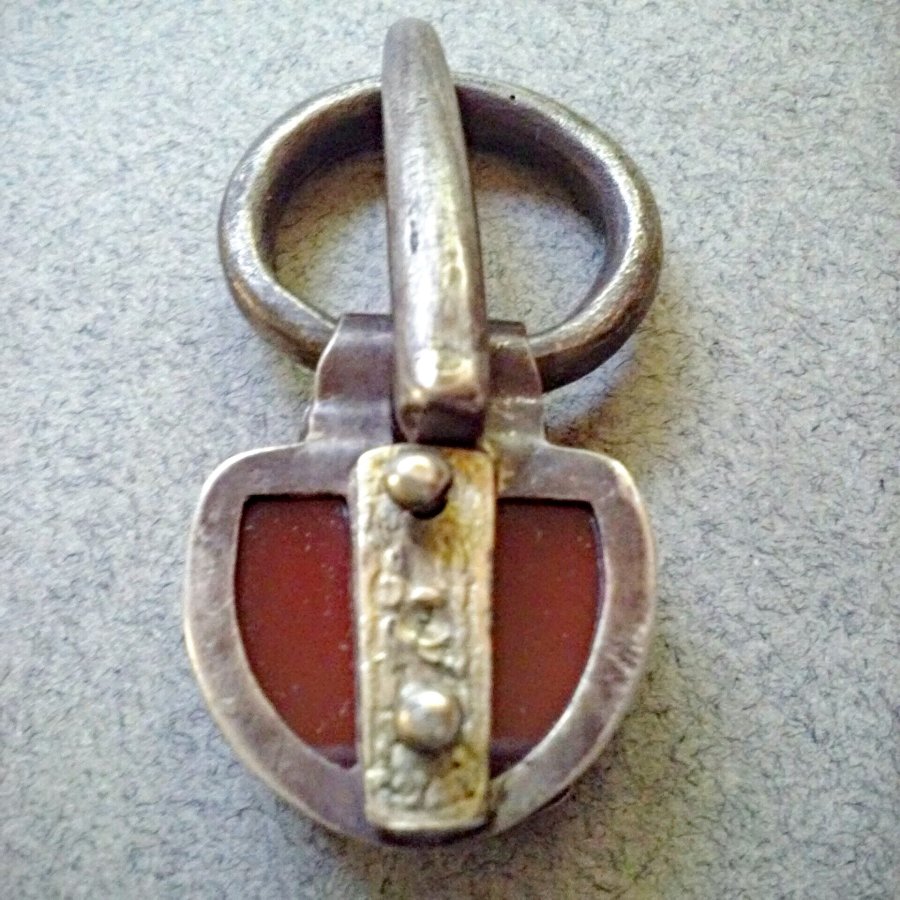 This week we have selected a superb silver and glass buckle from Late Antiquity. This object was made at the moment in history when the Western European provinces of the Roman Empire were slipping further from centralised authority and becoming the de facto semi-barbarian kingdoms of the Franks, Visigoths, Saxons and others. Our object dates to the late 5th or 6th Century AD.

Intended either as a shoe buckle or a baldric buckle, this object features a nearly heart shaped silver “case” in which translucent, nearly transparent, red glass has been set. Holding this in place at the top or front facing side of the buckle is a silver frame that extends forward forming a double loop that also holds the buckle loop and tongue in place. It then folds back to form an attachment plate on the reverse with two pins that would have passed through fabric or leather. A supporting silver bar with two globular headed rivets adorns the center front of the buckle. 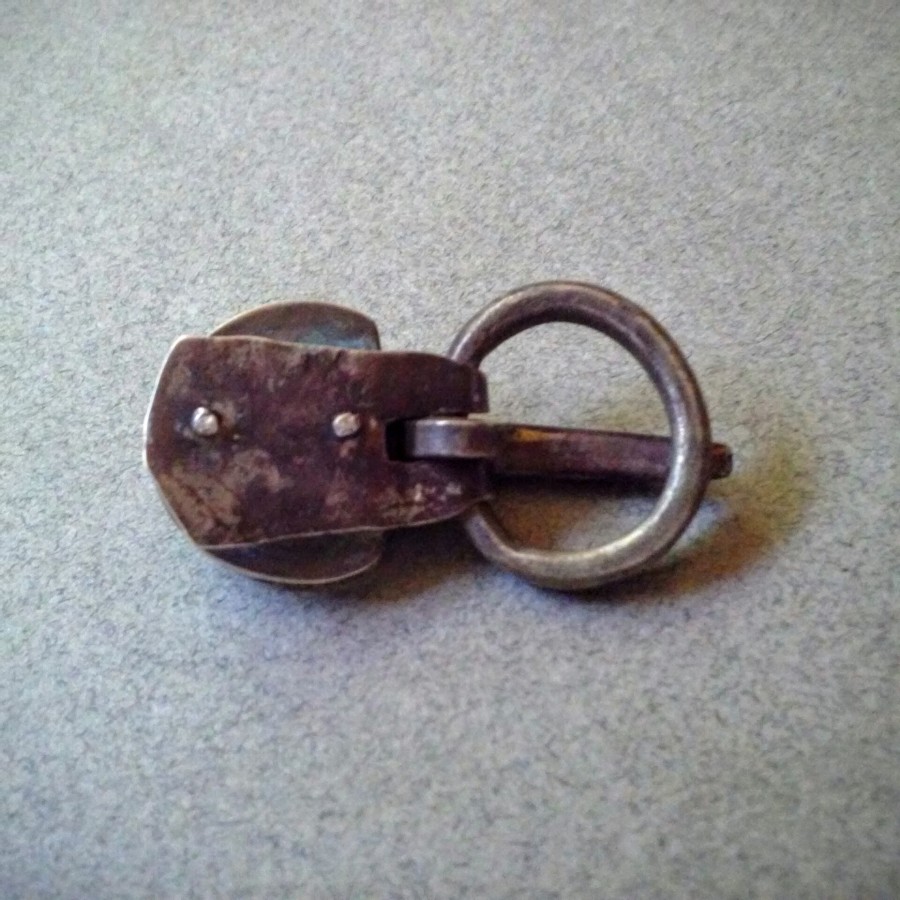 The decorative technique used on this buckle was intended to imitate more expensive cloisonné decoration in either enamel or inset garnets. Cloisonné was a very popular decorative technique during the transitional period from Late Antiquity to the early Middle Ages. The name is derived from the French word “cloison” meaning “cell”. This refers to the technique of creating individual spaces by using thin metal wires or panels and filling these cells with garnets or other semi-precious stones or with colored enamel (glass paste). The most expensive cloisonné decoration involved garnets, typically imported from Sri Lanka. Enamel cloisonné was also common and used on buckles and strap ends, weapon handles and scabbards, brooches, jewelry and many other small objects.

Although colored enamel decoration on metalwork had a long history in pre-Roman Europe, continuing through the Roman period in the western provinces, the particular type of cloisonné we are concerned with here seems to have reached Europe by contact with the migratory cultures of Goths, Vandals, Franks and others during the 4th Century AD. This contact involved controlled settlement of some populations in exchange for military service, direct conflict with other groups (sometimes defeated militarily, sometimes paid off and kept at bay beyond the Roman frontiers) and forcible occupation of Roman territory, changing the cultural, political and artistic landscape of Europe over the next few centuries. The use of colored glass held in place by a metal casing, as with our object, was a less expensive but still striking technique that could imitate both enamel cloisonné and inset garnet decoration.

For those interested in acquiring this item it may be found in our Etsy store:

and our eBay shop: http://m.ebay.com/itm/Merovingian-Frankish-Silver-and-Glass-Buckle-Late-5th-6th-Century-AD-/131878940987?nav=SELLING_ACTIVE