International political affairs often interfere with normal processes of cultural exchange. There can hardly be a better example than the current situation in relation to Iran. Severe trade restrictions or total embargoes on trade with that country have had the unfortunate impact of also restricting trade between other nations on goods of Iranian origin, including cultural items such as antiquities, Persian carpets and more.

There are multiple types of Iran trade restrictions in place today. Those imposed by the UN and EU are focused on curtailing Iran’s nuclear program. Restrictions imposed by individual countries, such as the US and UK, also seek to deny sources of revenue to Iran. One side effect of this is that although Iran has its own quite strict laws governing private ownership or export of antiquities found within its national boundaries, existing laws also restrict the trade in Iranian antiquities between other nations participating in sanctions against Iran, such as the US and UK.

This presents a special set of problems to the antiquities trade, despite the fact that these objects could not possibly lend any financial support to the modern Iranian state, as Iran can lay no claim to these long ago exported objects. Major auction houses in London and New York, in their twice per year antiquities sales, must provide explicit warnings to potential bidders that particular items are subject to these restrictions. Put simply, a bidder in the United States may not acquire antiquities of ancient Iranian origin auctioned in London or Paris and vice-versa.

For both private collectors and museums in the United States seeking to acquire ancient art broadly defined as originating in ancient Iran (Persia, if one prefers), this means the pool of objects potentially available is now quite limited.

Perhaps the most widely available class of antiquities from ancient Iran available on the US market today comes from the region known as Luristan. This is a mountainous region in modern western and west-central Iran. The ancient inhabitants of Luristan left behind very little in the way of written language so much of what is known of them comes from second hand ancient sources, such as Assyrian trade records. It is known that from roughly the 10th-7th Centuries BCE (or BC, if one prefers), the Luristan culture was responsible for a tremendous output of weapons, tools, jewelry, horse and chariot gear and ritual objects. Much of this material was excavated illicitly during the 1940s and ’50s. The strangely “modernist” style of Luristan bronzes appealed to many collectors in the West, creating more demand. Before Iranian cultural patrimony laws began to be rigorously enforced, thousands of these objects made their way to western Europe. the UK, US and beyond.

Clio Ancient Art has two fine examples of Luristan bronze antiquities currently for sale. Here are images, brief descriptions and links to them —

Link to this object:  http://www.clioancientart.com/catalog/i23.html 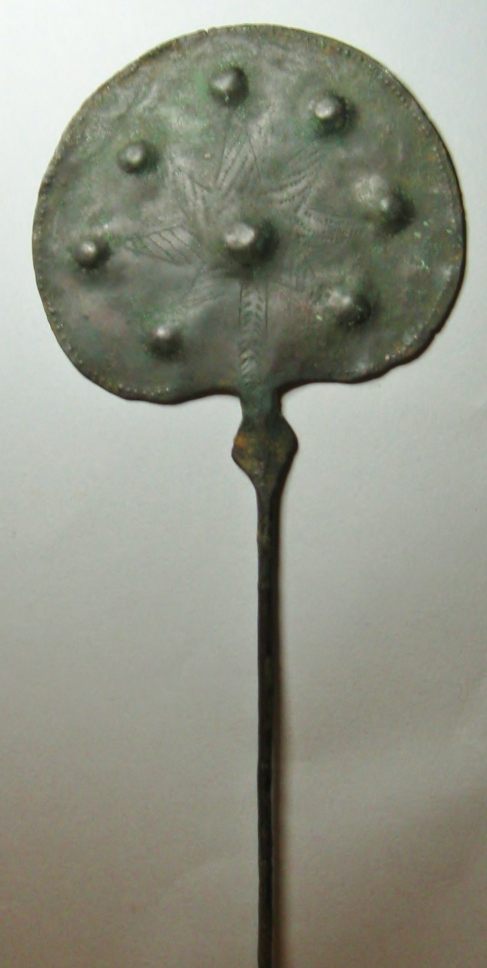 Link to this object:  http://www.clioancientart.com/catalog/i22.html

Clio’s museum endowment arm, the Chris Maupin Trust for Ancient Art, has donated a few fine examples of Luristan bronzes, notably to the Crocker Art Museum in Sacramento.Here are images and brief description of two of these: 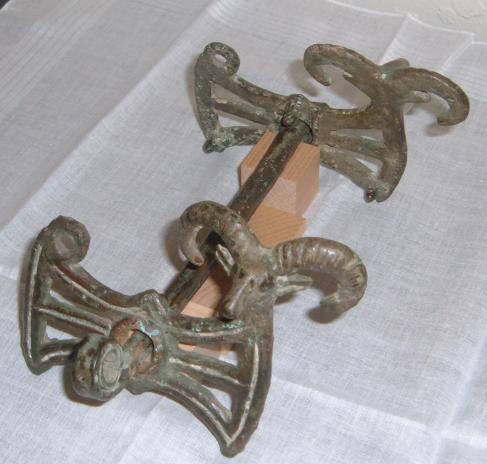 Luristan (or closely related) Bronze Bowl, Circa 700 BC

There are several fine collections of ancient Iranian antiquities, including Luristan bronzes, Achaemenid, Parthian and Sassanian antiquities, available for viewing in US museums, and many of these have been widely published. Here are just a few:

* University of Michigan’s Kelsey Museum of Archaeology. The museum’s substantial Near Eastern holdings may be accessed through both a searchable database and links to online exhibitions: http://www.lsa.umich.edu/kelsey/collections

* Fine Arts Museums of San Francisco, Palace of the Legion of Honor (also with a searchable database): http://legionofhonor.famsf.org/legion/collections/ancient-art

For those residing in or visiting Northern California, to see the 2 Luristan objects listed above in the Crocker Art Museum (not yet on their website), as well as many other antiquities, here is information on visiting the Crocker: http://www.crockerartmuseum.org/visit

Questions and comments are welcome.